No products in Cart 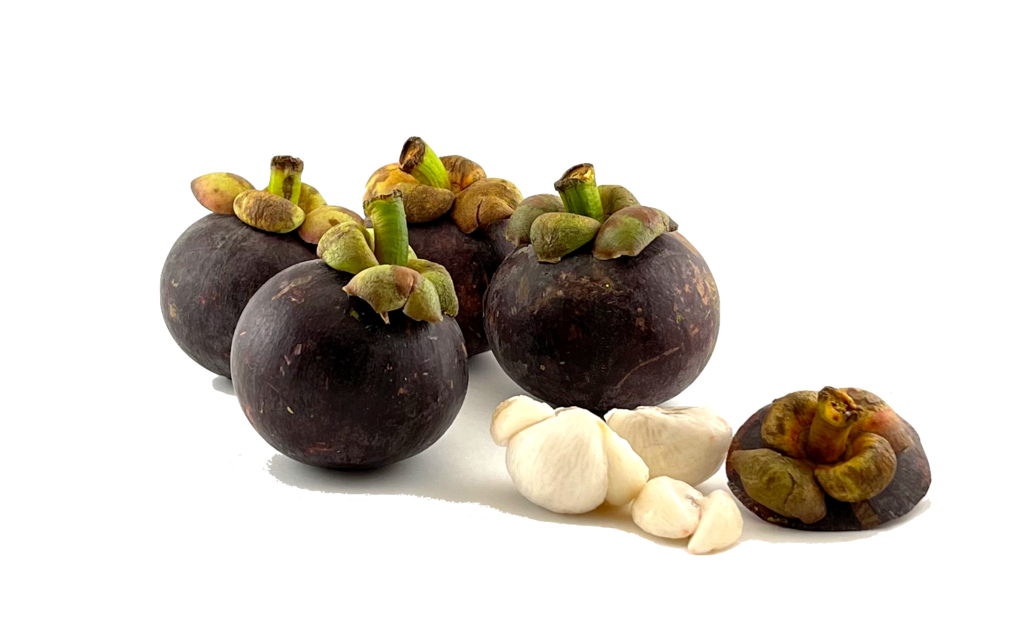 Mangosteen, or Mang Kut to give it its full Thai name, is considered one of the Thai exotic fruits. Mongasteen is a native fruit to Thailand, and also many other countries in South East Asia. Ehat gives it its classification as an exotric fruit is the limited harvest season, which lasts from March to November each year. Outside of this time, Mangosteen is not generally available for purchase anywhere within Thailand, unless it has been imported.

The fruit is a dark red colour and quite tough, whilst inside the milky flesh once uncovered, can be easily scooped out with a spoon and eaten. The flesh itself will be separated into 4 to 8 individual sections, depending upon the size of the Mangosteen and the area it was grown in. The flesh is very sweet, and it is a perfect snack fruit, tasty and refreshing.

Mangosteen have also been proven to have some medicinal value, not only as a food stuff, but as in ingredient in other products. For example, there is a popular Thai soap, made from Mangosteen, that is used to treat several skin infections. Also, a tea is often made from the Mangosteen, which is good for treating diarrhoea and other stomach upsets. Other tests show that the Mangosteen may also have anti-fungal and anti-cancer properties as well.

Nutrition wise, the Mangosteen is often termed a “superfruit” due to its exceptionally high nutritional value, couple with a very high antioxidant value. This coupled with its obvious medicinal value makes it a fantastic addition to any healthy diet.

Overall, the Mangosteen is something of an intriguing fruit, defiantly something that is entirely unique, and should be sampled by everybody who visits South East Asia, as one of its idiosyncratic fruits, not widely available elsewhere.

This fruit is only usually available between the months of March and November. Outside these months, it’s unlikely that we’ll be able to procure it from Thailand.

Inspired by the Asian kitchen 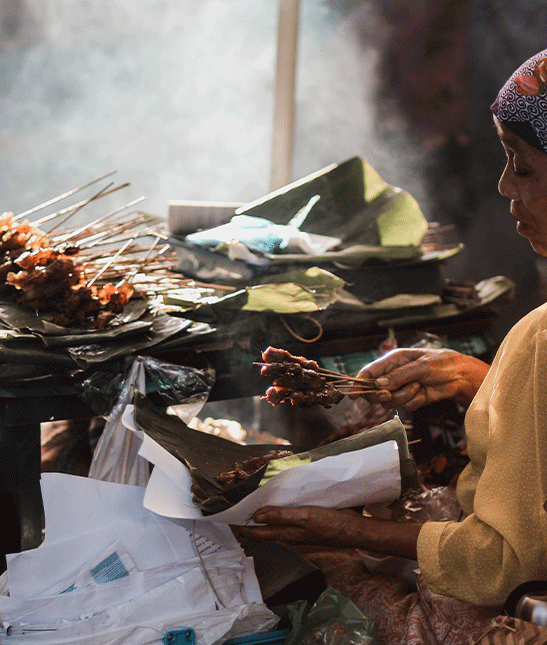 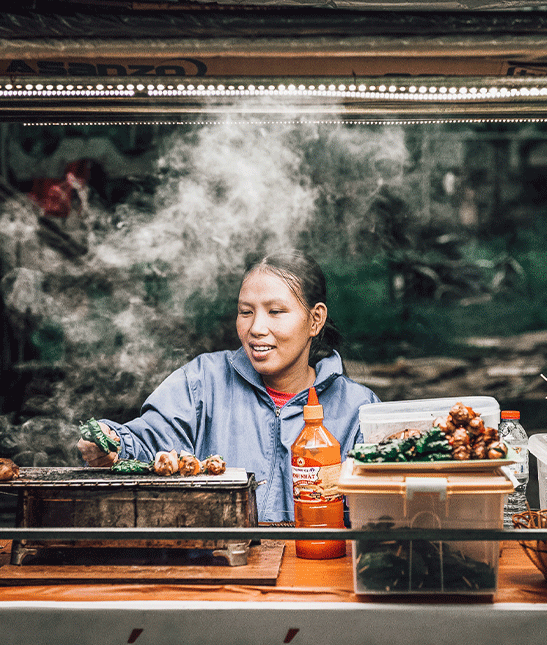 We use browser cookies to give you the best experience possible while visiting our website. You agree to the use of cookies by pressing \"Ok\" and resume browsing.

Can we deliver home to you?

Enter your postcode and see if we can deliver directly to your door.

We do not deliver to your postcode.

Typical! Unfortunately, we do not have the opportunity to deliver to your door at present. But you can always order dry goods and have them delivered with DHL to a service point near you.

We deliver to your postcode